31 July, 2018 by Lic. Spencer Richard Mc Mullen Comments are off

The following forms have had slight changes made to them.

FMM Form Commonly Called Tourist Card Form (It is really to track entries and exits for statistical purposes and only acts as a tourist card for those who have no other visa).

They changed some of the numbers around, also on the lower parts of both halves they write in how many days the visa is good for, on the old forms only the bottom section had a box to write in the information. 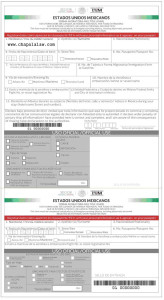 New card format is similar to the old one.  There are small differences such as the design and logos on the top of the front side, and on the front side both the issue and expiration dates will appear, old cards had expiration date on front and issue date on the rear.  The rear side will have space for folio number, where printed and renewal number with the other signatures and barcodes the same as before. 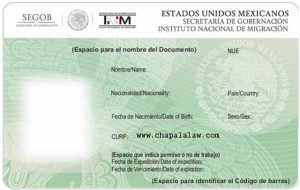 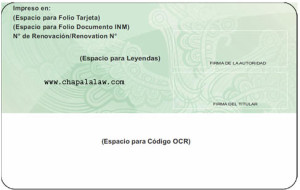 FORMATO BASICO, the form you turn in when applying for any temporary or permanent visa.

The new form seems to be the same as far as information requested but does delete the spots where you would put your fingerprints or attach photos. 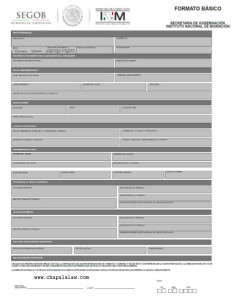 FEM Formato Estadístico para Mexicanos, the form Mexicans use for entering and leaving the country.  This form has changed from being blue or purple in the pasty to a lime green color on the new form.

This form is to track entries from Mexicans deported from other countries.

It is a good idea to make sure that when you use any of the aforementioned forms that you use the new ones as using the old ones may cause a delay or rejection when you do any business with the National Immigration Institute or INAMI.  It is unknown when immigration / airports / border crossings will have the new forms available as well as if there will be any grace period for use of old forms.

Litigating Attorney and Official Court Translator in the State of Jalisco, Mexico